A Memo on the Proof-of-Stake Mechanism, with George Gui and Ali Hortaçsu.

Prioritization vs. Congestion on Platforms: Evidence from Amazon’s Twitch.tv, forthcoming at The RAND Journal of Economics.

In the media: bloomberg.com.

Abstract: For experience goods, benefits from consumption are ex-ante unknown but revealed after repeated interactions. This uncertainty might lead to under-consumption. We use data from a large cataract surgery provider in Mexico City to estimate demand, given uncertainty in surgical outcomes. We consider forward-looking consumers with a surgery demand per eye and information revealed after the first surgery. We exploit data from sales agents to identify structural demand parameters; namely, price elasticities and the value of the uncertain shock. We simulate counterfactual policies, showing that budget-neutral price changes are more effective at increasing welfare than persuasive advertising.

A Memo on the Proof-of-Stake Mechanism, with George Gui and Ali Hortaçsu.

Abstract: We analyze the economic incentives generated by the proof-of-stake mechanism discussed in the Ethereum Casper upgrade proposal. Compared with proof-of-work, proof-of-stake has a different cost structure for attackers. In Budish (2018), three equations characterize the limits of Bitcoin, which has a proof-of-work mechanism. We investigate their counterparts and evaluate the risk of double-spending attack and sabotage attack. We argue that PoS is safer than PoW agaisnt double-spending attack because of the tractability of attackers, which implies a large «stock» cost for the attacker. Compared to a PoW system whose mining equipments are repurposable, PoS is also safer against a sabotage attack.

Abstract: This paper develops a method to estimate the demand of network goods, using minimal network data, but leveraging within-consumer variation. I estimate demand for video games as a function of individuals’ social networks, prices, and qualities, using data from Steam, the largest video game digital distributor in the world. I separately identify price elasticities on individuals with and without friends with the same game, conditional on individual fixed effects and games’ characteristics. I then use the discrepancies between estimated price elasticities to identify the impact of social networks. I compare my method to “traditional-IV” strategies in the literature, which require detailed network data, and find similar results. A 1% increase in friends’ demands, increases demand by .3%. These results suggest firms have incentives to employ “influencers,” and to merge their gaming networks. I evaluate counterfactual game mergers, and find network effects must be considered to sign consumer welfare changes.

In the media: bloomberg.com.

Abstract: This paper studies the trade-off between entry and congestion in Amazon’s Twitch.tv, which prioritizes popular content using a fast lane. I specify and estimate supply and demand models for live video, and a congestion model. Using technological shocks, I identify congestion costs for content providers and their consumers. Using shocks in prioritization, I identify its benefits. With estimated preferences and technological parameters, I construct counterfactuals. Without congestion, demand potentially doubles. A supply-side Pigouvian tax is preferred to a demand-side one. Without prioritization, consumer welfare drops up to 10%. I consider a rent-extractive platform, and discuss parallels with net-neutrality policy.

Abstract: Even with identical consumers and identical firms, if firms set prices in a first stage, and if consumers search sequentially in a second stage, price dispersion arises in the form of a mixed-strategy Nash equilibrium. One only needs to assume consumers know the realized price distribution and that they do not know which firm has what price. In contrast to Burdett and Judd (1983), price quotes are not required to be “noisy.” Moreover, actual search is predicted to be nontrivial.

Abstract: This paper presents a model of the evolution of the hedonic utility function in which perception is imperfect. Netzer (2009) considers a model with perfect perception and finds that the optimal utility function allocates marginal utility where decisions are made frequently. This paper shows that it is also beneficial to allocate marginal utility away from more perceptible events. The introduction of perceptual errors can lead to qualitatively different utility functions, such as discontinuous functions with flat regions rather than continuous and strictly increasing functions. 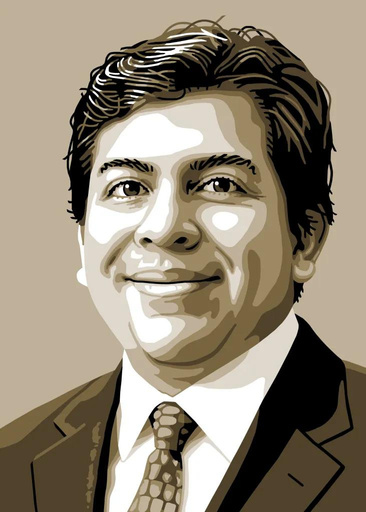 I did my PhD in the dismal science at the University of Chicago.

I was born in Cd. Madero, Tamaulipas, Mexico. My last name is «Tudón Maldonado».

Before becoming a worldly philosopher, I studied Economics and Applied Mathematics at ITAM in Mexico city, where I met my wife.

I enjoy cooking, soccer and playing almost any game, from chess to cosmic encounter.

(Basketball is a notable exception; I think that the marginal point is worth very little, but feel free to share your opinion!).

Here are a couple of quotes I suggested to the JPE:

Dr. Emmett Brown: [reads the «Save the Clock Tower» flyer and reacts with hope] «This is it! This is the answer. It says here that a bolt of lightning is going to strike the clock tower at precisely 10:04 p.m. next Saturday night! If… If we could somehow harness this lightning… channel it into the flux capacitor… it just might work. Next Saturday night, we’re sending you back to the future!»

[Robert Zemeckis and Bob Gale, Back to the future (Universal Studios,1985)]

In The Labyrinth of Solitude, Octavio Paz, a Mexican Nobel laureate, explains public expenditure practices in the worldly and otherwise:

“I remember that years ago I asked the municipal president of a village close to Mitla: ‘How much does the Municipality’s income come from contributions?’

‘About three thousand pesos a year [around 12,000 dollars in 2016]. We are very poor. That is why the Governor and the Federation help us to complete our expenses every year.’

‘And how do you use those three thousand pesos?’

‘Well, almost everything at parties, sir. Small, as you can see, the town has two Holy Patrons.’” 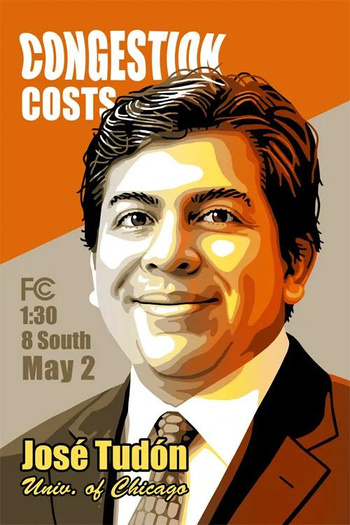 In Avengers: Infinity War, Thanos is convinced that the universe is overpopulated, which causes anguish to its denizens. Instead of adjusting prices, Thanos proposes to adjust demanded quantities by erasing half of the population in the universe:

Gamora: I was a child when you took me.

Thanos: I saved you.

Gamora: No. We were happy on my home planet.

Thanos: You were going to bed hungry, scrounging for scraps. Your planet was on the brink of collapse. I’m the one who stopped that. You know what’s happened since then? The children born have known nothing but full bellies and clear skies. It’s a paradise.

Gamora: Because you murdered half the planet.

Thanos: A small price to pay for salvation.

Thanos: Little one, it’s a simple calculus. This universe is finite, its resources, finite. If life is left unchecked, life will cease to exist. It needs correcting.

Gamora: You don’t know that!

If only Thanos knew basic economics.

And here is an embarrassing letter to the editor of The Economist in response to «Friction lovers».

After looking for papers on «facile externalities» in the Scandinavian Journal of Economics, I got suspicious of the inclusion of a middle initial in the author’s name, Danilov P. Rossi, in «Friction lovers» (April 1st). You seldom do that. I solved the anagram. But am I still a poisson d’avril?

And here is a playlist that I hear when I’m running regressions. Be advised that it may reflect a rather cynical view of the less glamorous side of empirical work.

The profile picture is courtesy of Chuck Needy, a friend at the FCC.

Finally, the punchline: I’m a lifelong fan of Cruz Azul FC, which makes me quite resistant to frustration; a must-have in academia.